Soccer is the world’s game, and it attracts new fans around the globe every day. As soccer – called football in many countries – gains popularity, so does soccer betting. Thanks to online sportsbooks like BetRivers, you can bet on soccer anytime of the day or night, on events happening in the United States or anywhere on Earth.

From Major League soccer to Premier League to Bundesliga, we have all the soccer betting action you can dream of. But before you place your wagers, it’s best to have a firm understanding of soccer odds and soccer betting strategies. Keep reading – it’s time for Soccer Betting 101!

The "O/U", is also called the Over/Under or Total. It’s the combined number of goals that oddsmakers except the teams to score in a given match. You can either bet Over or Under on the number of goals.

Totals in soccer are different than in other sports and can be shown in multiples of .25 goals. This is because so many soccer matches are low-scoring affairs. So, bookmakers frequently create a Total of 2.25 or 2.75.

It’s not as complicated as it might sound. For example, if you bet on the Over 2.25 goals, half your wager is placed on “Over 2” and the other half of the bet is designated “Over 2.5”. Let’s say the game ends at 2 total goals. In this situation, you would lose half your bet (Over 2.5), but you’d receive a refund for the other half – the Over 2. If the final goal tally is 3, you’d win both the Over 2 and Over 2.5 wagers.

Let’s put it another way. The typical line for a soccer over/under is 2.5 goals. Historically, that’s the average number of goals scored in soccer games. Designating “half a goal” in the line ensures that a wager can’t end in a tie. Obviously, soccer games can’t result in exactly 2.5 goals, so a bet like this one always wins or loses. Here’s another situation. Let’s assume that you wager on the Under 2.75 goals. In this wager, half your bet is placed on the Under 2.5 goals and the other half goes to Under 3 goals. If the game ends on 3 goals, you’d lose half your bet (Under 2.5) yet receive your money back for the other half – the Under 3.

In last-minute goal betting, you wait until the late stages of the game before placing your wager. You’re simply betting that one team will score with the time that’s left – and often, the team that’s trailing by one score will put extra effort in hopes of earning a comeback victory. The less time remaining, the higher the odds and the greater the potential for a huge payout.

This strategy can offer you good payouts and are incredibly exciting, especially when you’re watching a high-stakes game live. World Cup games often feature desperation moves as teams attempt to stave off defeat, and thus, these matches feature a higher-than-usual number of last-gasp goals. The high odds in these situations mean you can earn a lot of money by only wagering small amounts.

Keep a few basics in mind when you bet on soccer. Your wager is considered complete at the end of a full soccer game (90 minutes of play plus any added injury time), unless otherwise indicated by the sportsbook. For the purposes of soccer betting, the results of any extra time or penalty kick shootouts are not calculated as part of the wagers.

Also remember that there’s no point in betting on a particular outcome simply because that’s other people are doing it. After all, for every person who wagers on that same outcome, the odds go down, reducing your chances of a high payout.

Many bettors disregard this simple fact and bet on the favorite, anyway. Now, they will probably win a good percentage of their bets by wagering on big favorites – after all, they are favored for a reason. But the low odds mean lower payouts. By really analyzing the odds and spreads and understanding the strengths and weaknesses of each team, you create the possibility of bigger and better wins over time. 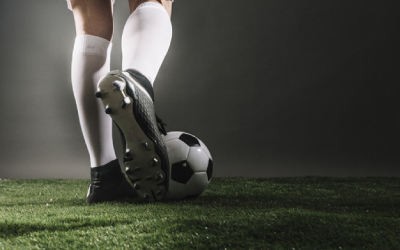